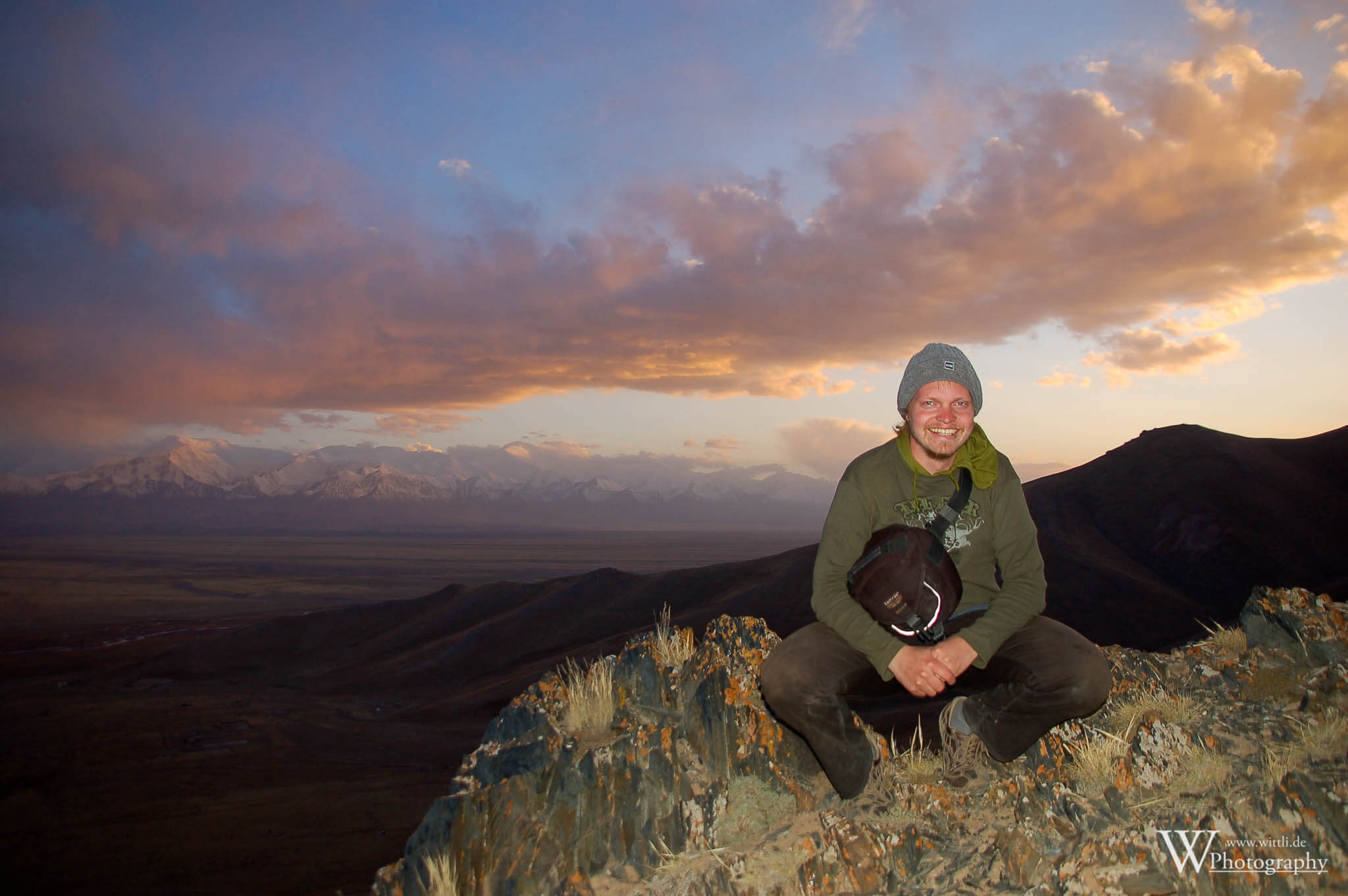 I am a Political Scientist by training with a keen interest in foreign affairs. Travelling was always a way for me to understand how this world works and how things come/came to be as they are. The information provided on this website reflects that. If I visit a foreign country, my main aim is not having a good time but to understand how that place works, to see the good things but also to get to know the challenges the local population is facing. I choose my destinations accordingly, not by touristic value but by how interesting I find a place. To raise my interest though is easy, as a friend once remarked it is enough for a country to exist to make me want to go there. Of course, I also enjoy beautiful beaches, mountains and wildlife but I have visited many places, even countries where many people would not even think about going.

I once met an Australian traveller and we were both heading to Guyana. Crossing the border from Brazil you end up in a very remote corner of the country. He had already booked a flight to avoid a “gruelling 16-hour journey” in a minivan. For me, this journey was part of the deal. I started with the minivan, broke the journey twice, hitchhiked (something I rarely do) and arrived in Georgetown three days later. I know now how it feels to cross Guyana and I know what is along the way. He learned how it feels to sit on an airplane.

It is often surprisingly easy to avoid the crowds. I am not someone advocating not visiting popular places because they are full of tourists. This world has cities, lakes, mountains, temples, monuments of such extraordinary beauty that they are deservedly full of people. Go and have a look yourself. What I reject is following the crowds out of laziness. Many people collect very limited information on their destination and tend to follow well-trodden and easy paths. On the Balkans, people head from capital city to capital city and miss out on the many beautiful and interesting places along the way. They sit in Pristina in the Kosovo and do not even know that beautiful and so interesting Gračanica is just outside of the city. India is full of travellers but most of them concentrate on a small number of destinations, where they sit in ashrams, do yoga, drink tea or a lassi and talk with other travellers about how cool India is. If you go instead on a pilgrimage with thousands of Hindus deep into the Himalaya you might well be the only foreigner around. The age of the internet, despite all the wonderful information it provides, seems to make this trend even stronger. Online, the presence of a few places gets even more prominent while others fail to break through.

I greatly enjoy photography. On the road, I take hundreds of pictures every day. On some days, that stretches into the thousands. Over time, my photography has improved, both technically and artistically. My skills in editing pictures have likewise become better. Going through pictures I edited a few years ago, I often have to make quite significant adjustments. Over the years, I have acquired a picture library of great parts of the world.

Travelling has always been a way for me to learn and one day, I hope to be able to use my knowledge about this planet to help making this planet a better place for all of us. We have so much knowledge, so many abilities but we are so bad in deploying them to create a better world. At the moment, I am active in the global movement to combat climate change as in truth this is a monumental challenge and our response, so far, has been totally inadequate. More projects will follow, I promise.

When I started to travel, I was conscious of the climate effects of travelling and especially flying. Over time though, I have to be honest, I became careless. My general style of travelling, long journeys, and my preference for overland travel over being “displaced” by a plane, is relatively climate-friendly. Still, you need to get to the starting point of the journey, there are plenty of islands to visit and I also took a few flights that were just convenient, but not necessary.

Since the summer of 2019 I have reconsidered. I try to fly as little as possible; I have shelved many a trip I was considering. Still, I want to achieve the aim to visit every country in the world and many destinations cannot be reached in any other way than by plane. In this case, I try to bundle several countries into one trip and to buy direct or logical connections and no cheap routes that head east before heading west. If flying, I calculate the carbon dioxide emissions of my flights and compensate them at a rate the German Umweltbundesamt considers the price carbon dioxide emissions should have. Currently, that is 195€ per ton of CO². My trip to Oceania in 2020 for example, which was meant to be my last trip to that part of the world, but was cut short by the covid 19 pandemic, caused carbon dioxide emissions of 9.151 tonnes that were compensated in that way. With this bargain, I hope to thread the line between my desire to travel this planet and the responsibility to protect this same planet.

I see this blog as a record of my personal travels but also as a resource to learn about foreign lands. For a handful of countries, that I consider to be of special interest, you will find detailed reports that try to take you to a place you would never visit on your own. I try to weave some political and historical information into the narrative and I am trying to be balanced. For many countries, you will find a report of varying length and for some countries I only provide one or several picture galleries with a short introduction. They may cover my whole visit or just aspects I consider especially noteworthy. In general, the information will be more detailed for countries that are more off the beaten path. In the rich world, travelling is something nearly everybody can afford so I do not have to write about Italy, I rather present a picture gallery of the Milan Cathedral, a building of outstanding beauty.

For every country/territory I will offer plenty of pictures. Sometimes only a few dozen, sometimes a hundred, sometimes two hundred, sometimes way more. Some will be outstandingly beautiful but others will seem like random shots of life. Well, that is my intention, to show life as it is. And this is what I want to share with you.

This blog is intertwined with a website. If you click on “COUNTRIES” you will come to the country table where you can find every country on this planet and get to my report about it (as long as I have visited and written about it) with just one further click (or touch). Most countries directly link back to the blog but some go to picture galleries outside of the blog. Over time, I will migrate these picture galleries onto the blog but for the foreseeable future you can access galleries over the country table that you cannot access from the blog itself. For me, the country table was always the heart of the project and I found it easier to execute in this fashion. More towards the bottom of the country table are places I visited earlier in my travelling life and from which I do not have pictures of a high quality. But I have also hidden some real gems for you in the lower regions.

Over time, this blog will age. It will become a historical document, presenting pictures from a world that has long since changed and in some cases stopped to exist. For some of my early trips it already has. As a student of history this is something I am looking forward to.

All in all, this is a work in progress, I have hundreds of thousands of pictures to work with and the texts also do not write themselves. More updates will come. I hope you enjoy what you read and see. I hope you understand it as what it is supposed to be, a declaration of love to this planet and many of its people.

What is a country by the way?

My world has 199 countries. How do I come to that number? It is easy, the United Nations have 193 member states and two countries (Palestine and the Holy See) have observer status at the UN. Besides that, there is a multitude of places vying for the designation “state” but of these I count only three as they have convinced a fair number (more than ten) of UN member states to recognize them: Western Sahara, Kosovo and Taiwan. That brings the number to 198. So, what is “country” number 199? For me, it is Antarctica, it is clearly not a state and I hope it will never become one but that doesn’t matter. It is clearly so different than anything else on this planet that I still count it. If you want to know the world, you have to know Antarctica.

Below the table of countries is a list of territories. Places I visited that want to become a country but haven’t so far achieved their aim (Nagorno-Karabakh, Transnistria, …) or territories that are in some ways distinct from the country they belong to but do not aspire to become independent. Martinique (French) or Montserrat (British) are examples for that.

Why is the distinction between country and territory so important? Why can’t everybody have a country if they want to? There is a good reason to prevent that because usually there is another group/territory/country that opposes a new country coming into existence. To avoid conflict and war it has been enshrined as a principle that borders cannot be changed one sided, this generally sensible rule tries to discourage the attempt to gain territory by force. As usual in international politics, with a powerful international law sorely missing, nothing is ever certain. It is hard to explain why Kosovo could become a country but Abkhazia, for example, could not. I’ll have to leave it to another day to start solving these troubles and wish you a good time reading about my travels.

Impressum As this website is hosted in Germany, my Impressum is in German. Just in short in English:- I am…

About me I am a Political Scientist by training with a keen interest in foreign affairs. Travelling was always a…