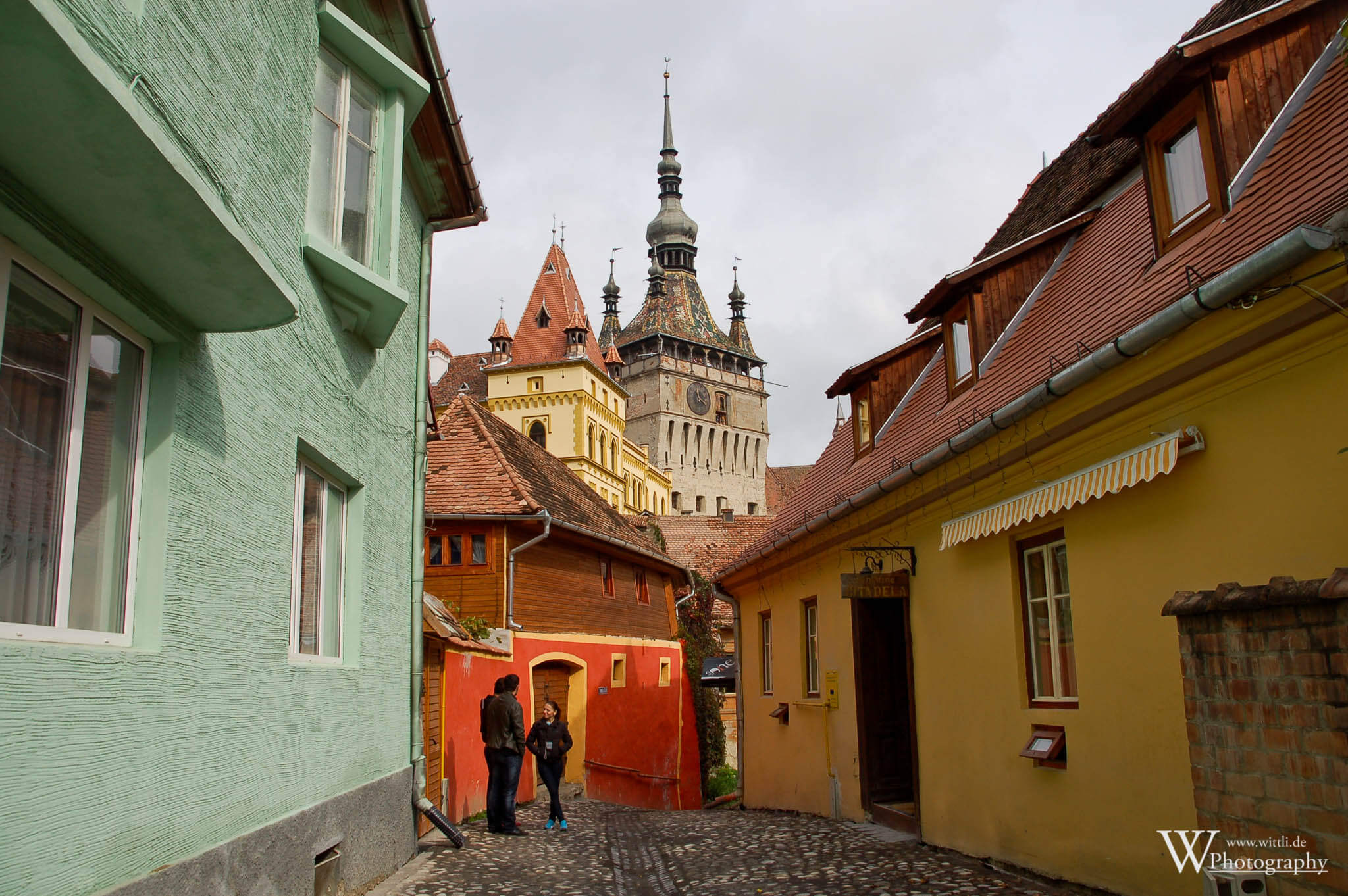 I head to Romania to watch a football match. My team, the VfB Stuttgart, plays Unirea Urziceni. The stadium in Urziceni isn’t suited for international games so they play in the Steaua Stadium in Bucharest. The ticket is 6€ and the flight costs me 88€ which brings the total to 94€, the same as I end up paying for ticket (54€) and train to see the home game. We play badly and give away victory too easily.

In the richer countries of Europe people often look down on Romania. Nothing good can come from there, it is poor, corrupt, chaotic, the home of criminal gangs and a source of prostitutes. What most of these people lack is any knowledge of Romania beyond the headlines of tabloid newspapers. The country surely is poor and has its challenges but it also offers natural and cultural treasures. Due to the city’s elegant architecture and the sophistication of its elite Bucharest once had the nickname “Little Paris” and much of that architecture, although in a bad condition, remains. During the communist period, buildings in socialist realism were added to the city. The House of the Republic, now known as the Palace of the Parliament is the prime example. A colossal building, it houses the two chambers of the Romanian Parliament along with three museums and an international conference centre all under one roof and apparently still has plenty of empty space. It carries the useless distinction of being the heaviest building in the world. Tours are conducted but photography is unfortunately not allowed inside.

I am surprised by how many churches Bucharest has left. I would have expected the dictatorial regime of Nicolae Ceaușescu, who oriented himself more towards North Korea and China than to his communist neighbours, to be more ruthless in destroying them. Plenty were destroyed for the construction of the House of the Republic though. I pass a memorial; several rows of identical white marble graves each of them marked with a ribbon in the colours of the Romanian flag. As the wave of political liberalisation that swept across Eastern Europe in 1989 reached the city of Timișoara the dictator and his feared Securitate (secret police) responded with live fire. As this was not enough, the army was called in. Western radio services spread this news across Romania. Ceaușescu tried to cool things down by giving a propaganda speech in front of 100,000 bused-in people in Bucharest. But the people had had enough, broadcast live on TV, two minutes into his speech they started to boo, yell at the dictator and chants of “Timișoara” erupted, Ceaușescu was shocked, his reaction on video is priceless, he at first hesitates, unsure what to do, then, egged on by his wife Elena, keeps on speaking, promising pay and pension rises. He finally flees into the building (he spoke from a balcony) as the demonstration he had called for turned into a demonstration against him, the TV broadcast is suddenly broken off. The evening and night saw street fighting between demonstrators and security forces. But Romanians really had enough and the next day, as demonstrators streamed into Bucharest, Ceaușescu left the city and the army did not follow his orders to confront the protesters. Instead, the dictator was arrested and on Christmas day 1989, Nicolae and Elena Ceaușescu were sentenced to death for genocide and other crimes and immediately executed. Most of that was filmed and their corpses shown on Romanian TV. A little over a week after the first manifestations of unrest, the Romanian revolution, the only bloody overthrow of a communist regime, was over. More than a thousand people had lost their lives.

I head to Sinaia to visit the quirky Peleș Castle, a curious mix of styles that looks as if it has been cut straight out of a fairy tale. King Carol I fell in love with the place because of its beautiful mountain scenery. I am trying to take advantage of that by taking the cable car up into these mountains. What I find is a beautiful high plateau that is marked by human activity. A massive hotel mars the view and even an athletics track (high-altitude training?) has been built. I stay in another hut a few hours on that sits right next to a bunch of strangely shaped rocks, the sfinxes.

The weather becomes my enemy, the next morning heavy fog blankets the plateau. I wanted to hike about 20km to the Castle of Bran, known outside of Romania as Dracula’s Castle. I am not equipped for bad weather and I fear getting lost on the plateau. Suddenly, the sky clears up and is all blue, moments later it is white again. I take another cable car down and take the train to Brașov.

Brașov (Kronstadt) is a beautiful and proud city. The tourism office took Carlsberg’s slogan and transformed it into “Probably the best city in the world”. 0.5 percent of the population are still Transylvanian Saxons who speak German, they settled in Transylvania in waves beginning in the mid-12th century and lasting until the late Modern Age. In the difficult last years under Communist rule and the transformation phase many of them left for Germany.

From Brasov I head to Prejmer (Tartlau) with its famous Fortress Church. Together with six other churches it has been designated a UNESCO World Heritage Site. In the 15th century, some villages extended their churches (the only stone building) into sizeable fortresses. The Fortress Church of Tartlau is especially impressive with 12m high walls, defensive towers and galleries of embrasures. Every inscription inside is in German.

I head on to Bran to finally see Bran Castle. It is one of several castles associated with the Dracula legend and most tourists come because of that. I like it for its multi-facetted architecture.

Sighișoara (Schäßburg) is the place where I feel the influence of the Transylvania Saxons the most. First in my hotel, where I am greeted in German, I commend the guy for his good German and he tells me it is his mother language. Uppps. Later, I stumble upon the Bergfriedhof (mountain cemetery) with all the graves marked in German. A sign in German, Romanian and Hungarian tells people to behave properly. Again, a beautiful city, especially famous for the many small defensive towers organized by guilds and the massively beautiful Clock Tower. I regret not having more time to explore Romania further. For me, it is time to head back to Bucharest and back home.

Latvia In April and May 2010, I called Riga home for six weeks. I tried to turbocharge my future career…

Cycling Norway In August 2009, together with my friend Hannes we headed to Norway with our bicycles. The terrain is…

Dominican Republic: - visited October 2013 - It is early afternoon as the ferry from Puerto Rico arrives in Santo…