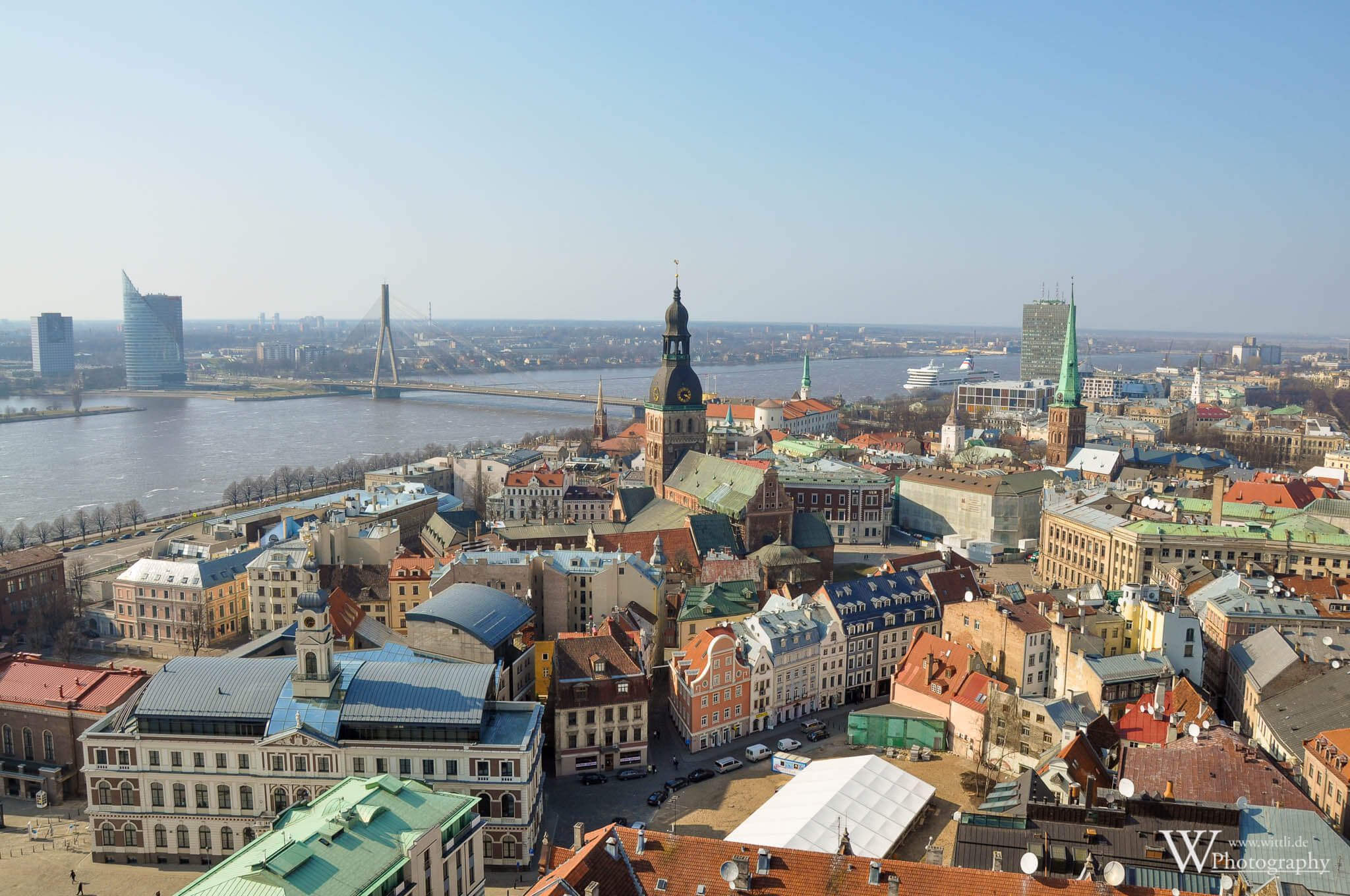 In April and May 2010, I called Riga home for six weeks. I tried to turbocharge my future career 😉 by doing an internship at the German embassy. I had a good time because Riga is a beautiful city, the embassy work was okay, my colleagues were friendly, I spend quite some of my free time with one of them and I had some good flatmates making the time very enjoyable.

At the embassy, I had to work in the basement, but the basement had class. On one side it contained a big waiting room, on the other side of the divide were office rooms and several counters to process consular matters. In times when Latvians still needed visas to go to Germany it had been a hive of activity. Now, it was empty most of the time, rarely someone came in to request some service. It had the feeling of an abandoned place. The only time when the basement really sprang into action was as a German national wanted a new passport and the system showed that there was an outstanding arrest warrant against him. There is actually nothing the embassy can do but they tried to get the person to reveal which way he would return to Germany to be able to alert the police. For me, the biggest problem associated with my subterranean workspace was that I never knew how to dress for lunch breaks and stuff like that, ouuh, when I last looked out of a window the sky was still blue but that has obviously changed by now.

Riga is the metropolis of the Baltics, by far the biggest city of Latvia (and the Baltics), home to one third of Latvians. It was founded in 1201, is a former Hanseatic League member and experienced a boom period in the late 19th and early 20th century which led to an amount of Art Nouveau buildings that is, according to UNESCO, in quantity and quality unparalleled anywhere in the world. Some streets are just a marvel to walk through. See for yourself:

Latvia was mired deep in an economic crisis as I arrived. In footstep with the global financial crisis, Latvia had taken one of the sharpest downturns in the world. In 2009, GDP contracted by 18% and unemployment rose from 7% to nearly 23%. Contrary to other countries (thinking of Greece) Latvia hardly ever was in the news but for many people the consequences were severe. We rented a room from a German guy and he told us he usually had a cleaning lady and our first thought was that we would do the cleaning ourselves. She basically begged us to let her clean as she had no other work at the moment. [Since 2010 Latvia’s economy has greatly recovered and unemployment is back at 7%.]

Another long-term challenge for Latvia is the Russian-speaking minority. In Soviet times the percentage of Russians living in Latvian lands greatly increased and at Latvia’s independence they constituted a third of the population. In parts, this group holds a totally different worldview to the Latvian-speakers. Many Russian-speakers naturally see Russia as a friend and force of good, for many Latvians it is the opposite. Right in the centre of Riga is the Museum of the Occupation of Latvia 1940 to 1991. You read correctly, to 1991. From the Latvian perspective this occupation has three distinct stages. From 1940 to 1941 the Soviet Union occupied Latvia taking the country as the world focussed on the fall of Paris and in accordance with the secret additional protocol of the Molotov-Ribbentrop Pact between the Soviet Union and Nazi Germany. As Germany began its attack on the Soviet Union it soon overran Latvia and determined its fate from 1941 to 1944. Soviet troops kicked the German forces out in 1944 and stayed for the next 47 years until 1991.

The issue is contentious and Latvian governments have often taken a hard line, in 1991, people who or whose forebears arrived to Latvia after June 1940 had to prove knowledge of the Latvian language and history to gain citizenship. Latvian and Russian are not closely related and so in Soviet times most Russian-speakers had no inclination to learn any Latvian and were hit directly by this rule. Still today, about 30% of Russian-speakers are non-citizens. The European Union has often nudged Latvia (as well as Estonia) to honour the rights of the minority better but inexplicably Russian is still not an official language in Latvia (in comparison Swedish is an official language of Finland although only 5,3% of Finns claim it as their mother language). There is though, finally, a state Russian-language TV channel.

The day when these separate identities come most closely into view is victory day over Nazi Germany. In Russian-speaking lands this is one of the most important holidays being celebrated on the 9th of May. Veterans put on their best clothes, pin the decorations they have received to their chest and gather at the victory monuments that every town has. People come out, lay flowers, thank and congratulate the veterans and give them flowers. A joyous day and for some veterans the most important day of their year. For many Latvians it is not a festive day as it marks only the prolongation of their occupation and nothing more. In 2010, the 9th is a Sunday so at least no one has to work. The government has tried to set a counterpoint to the victory day celebrations by declaring the 9th of May “Europe day”. On the 9th, in the morning I head to the victory monument to see the proceedings there, later I have to go back to the centre to help with our embassy event for Europe day.

I had a visitor while in Riga, my friend Tanja originally planned to be on a short stopover of a few hours while flying to Dushanbe. She became a “victim” of the Icelandic volcano Eyjafjallajökull whose eruption led to the cancellation of numerous flights, including hers. She ended up staying a few days and we explored parts of Latvia together. We headed to Sigulda and Ventspils, but seared in my memory is especially the visit to Cape Kolka, the northernmost point of the region of Kurland, and the enormous picnic her colleague Joachim (also stranded by the volcano) set up for us. Besides that, I visited Daugavpils and Rēzekne.

The former concentration camp of Salaspils is not far from Riga. With an estimated 2.000 – 3.000 victims, a high percentage of them children, it pales compared to other concentration and especially extermination camps and also to a nearby forest where 27.500 Jews were killed in a period of only three days. Still, every death is one to many and in Soviet times an impressive memorial has been built to commemorate the dead. Not visually but acoustically most striking is the beating heart, a slab of marble where you can hear a heartbeat when you are close enough.

Romania I head to Romania to watch a football match. My team, the VfB Stuttgart, plays Unirea Urziceni. The stadium…