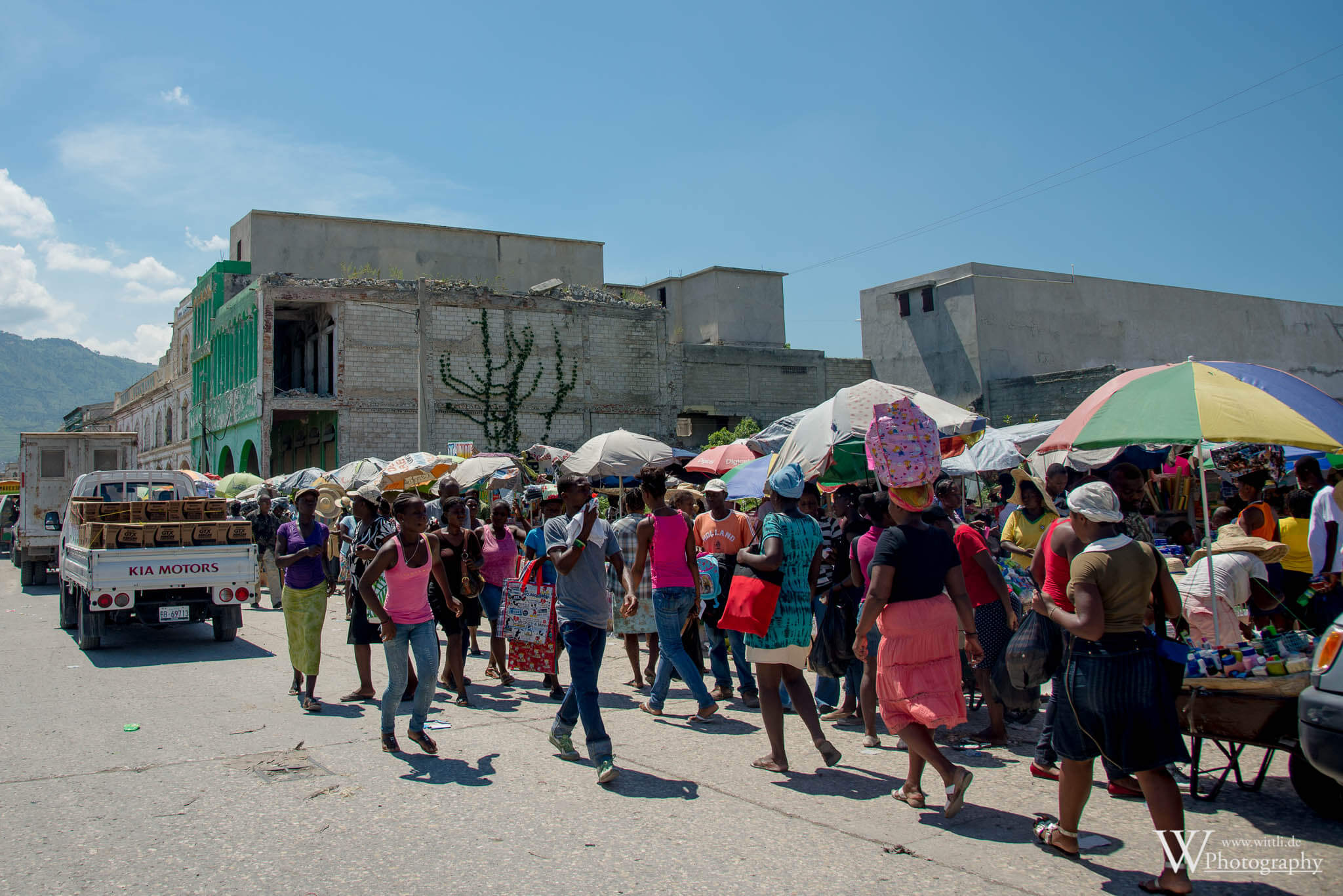 I arrive by bus from Santo Domingo in the Dominican Republic. It is a modern, air-conditioned bus and the passengers all look rather well-off. After the border some UN peacekeepers are busy repairing the road, the drive takes all day and we arrive shortly before sunset. The taxi drivers want an outrageous 20$ for the short ride to the hotel, I get them down to 10$ which is still ridiculous. I pay 55$ for a simple room, with no internet and no water in the pool. Probably still the best I can get in Haiti.

I am a bit scared by this country, the German foreign office advises against all travel to Haiti. On closer reading though, their advice reveals no reasoning other than poverty and a high crime rate. Is this enough to issue a travel warning, is poverty really dangerous and aren’t there other places with a high crime rate? Is this correct, especially in a country that could need all the visitors it can get? Haiti is mostly associated with poverty (poorest country in the Western hemisphere) and natural disasters. The January 2010 earthquake was catastrophic in a country as badly prepared as Haiti, killing between 100,000 and 160,000 people, possibly even more. A cholera epidemic, the pathogens brought in by Nepalese UN peacekeepers, killed another 4.000 people later that year. But Haiti actually has an interesting and proud history. It was the second colonial country (after the US) to gain independence and the first country ruled by its black majority, its first constitution was introduced in 1801. Under its old name of Sainte-Domingue it was the crown-jewel of the French colonial empire, one of the richest places on earth, a major producer of valuable sugar. Many of the plantation owners were supporters of the French revolution and their slaves took note. Colonial society was a lot less binary than is commonly thought. There are the colonial masters and the masses of slaves working the fields but there is also a lot in between. Who ran the plantations in reality? In nearly all cases well educated blacks that had access to the French upper society and their publications. They heard and read about liberté, égalité, fraternité and they shared the excitement of their masters. Just that these lofty ideals should not be for them. A bloody, complicated rebellion started in 1791 and finally led to the proclamation of Haitian independence in 1804. It wasn’t easy, the new state was born out of war, the basis of Haiti’s wealth was the exploitation of slave labour on the plantations, something newly freed citizens were loath to do and all other nations of any significance, all of them ruled by white men, looked down on black Haiti and treated it as a pariah. Haiti has since failed to overcome these challenges but has never been colonized again.

Port-au-Prince is a masterclass in chaos. The scars of the 2010 earthquake are still visible, the presidential palace is lying in ruins, the museum of Haitian art is closed, the windows broken. At least the Panthéon National, honouring the nation’s heroes (and non-heroes) is open. The city overwhelms me, I have the feeling there is not a single space unoccupied, there is no way to rest and relax, I just have to push on, it’s crowded, dirty, my elbow is hit by the side mirror of a car. I’m glad to be able to get back to the hotel to find an oasis of peace. It’s been a few years that I have been to a poor country and Port-au-Prince is a more intense mix of chaos, dirt and poverty than everything I have experienced so far in my life, I can’t cope with it. With the experience gained over the last years, visiting numerous countries of all kinds, I would be a lot better able to handle this country, but back than Haiti was just too much for me. In the afternoon, I head to the higher parts of town, it is less stressful there.

Besides Port-au-Prince I wanted to see the Citadelle Laferrière, a massive fortress in the north of the country built to protect independent Haiti from French revenge. Haiti’s only UNESCO world heritage site lies an hour away from Cap Haitien. Three things stress me, just generally the country I am in, the fact that I have no reliable information on any accommodation in Cap Haitien (and I tried my best to look for it) and the prospect of having to organize a taxi to get to the fortress. Looking back, I realize what a lousy and inexperienced traveller I was.

The taxi drops me next to some bus, there is nothing like a bus station just an old American school bus standing at the roadside. A number of people approach me, it is the right bus and soon I have my ticket. Some guy grabs my backpack and stuffs is below the seats, he is angry when I refuse to give him some money (I later realize I was wrong; this is how things go here). The bus gets packed, people are stuffed in like sardines, the seat cushions are loose and being moved inwards to cover the corridor, the people at the windows get only half a cushion. At least eight people are sitting in every row. My upper arms basically constantly touch the big breasts of the young girl sitting next to me. There is just no other space. She seems to find it intriguing and incredible that someone does not understand the local creole language. Generally, I have problems communicating with people, either is my French not good enough or their French too bad. In Creole, I only understand the occasional word. The whole setup is dreadful but after some time you get used to it. After some hours, I begin to wonder where we are, we have crossed the mountains and have descended to the other coast. I assume that the bus will end in Cap Haitien and that it will become clear at some point that we have reached the second biggest city of Haiti but what we find instead looks like a never-ending succession of small villages. According to my guidebook the bus ride is to take eight hours, we have only been on the road for like four but all the other evidence points that we have already reached my destination. I finally get a GPS signal, we have long passed Cap Haitien, we are on to road to the border with the Dominican Republic. I decide not to turn around, to stay on, to leave Haiti right today. Maybe deep inside, I never want to arrive in Cap Haitien. I feel relieved as I cross the border, I was not ready to explore Haiti. I still have Haitian gourd worth about 50€ that I will later send to an aid organisation. You can see how stressed I was by the fact that I didn’t take a single picture in Haiti after leaving Port-au-Prince. 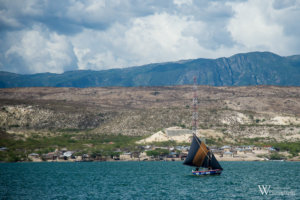 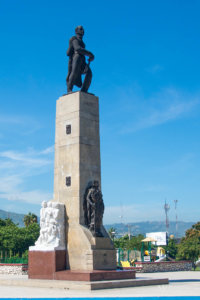 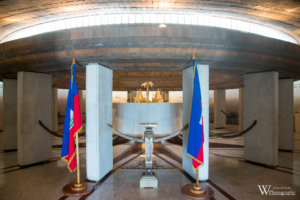 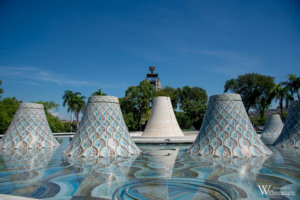 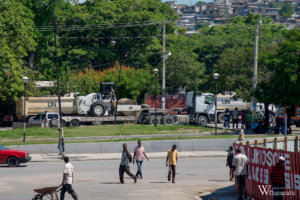 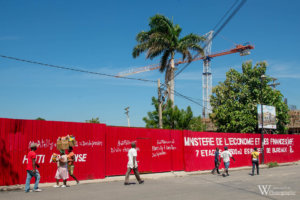 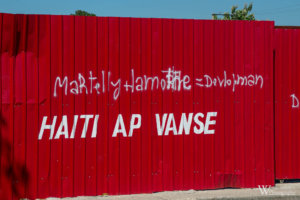 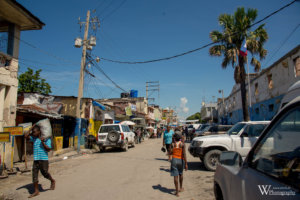 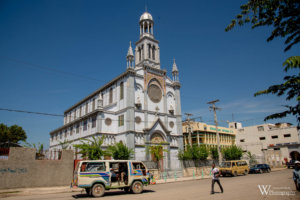 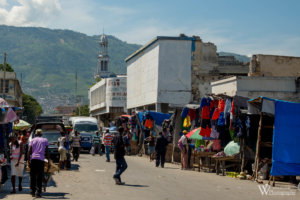 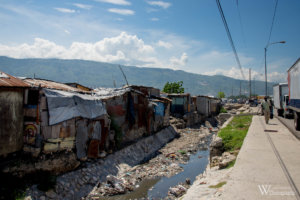 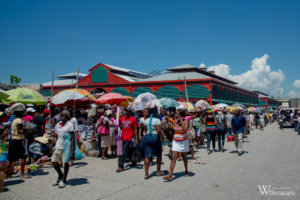 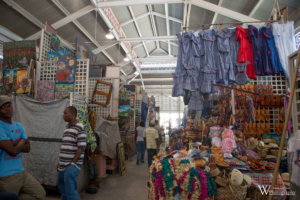 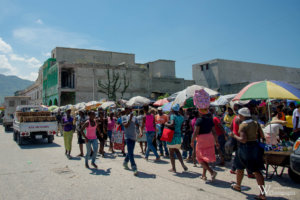 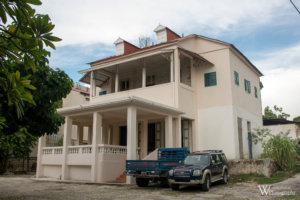 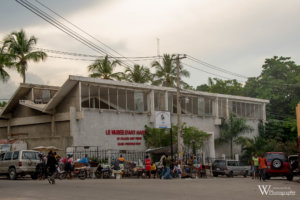 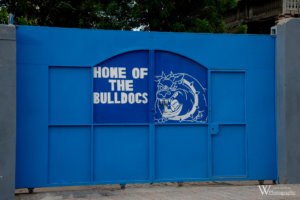 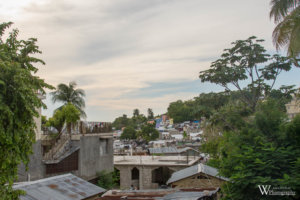 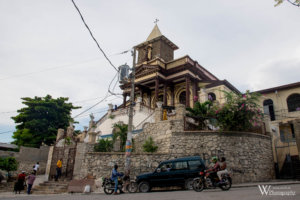 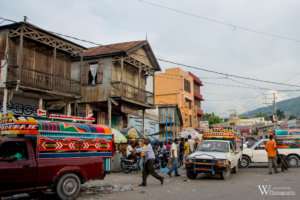 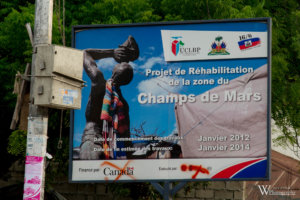 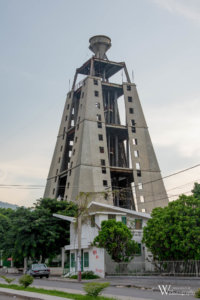 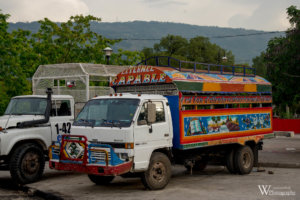 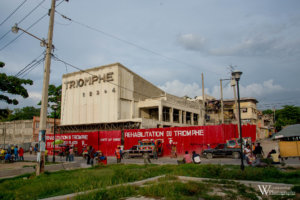 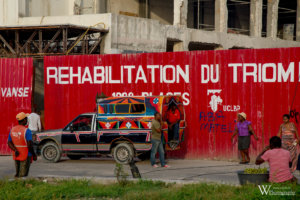 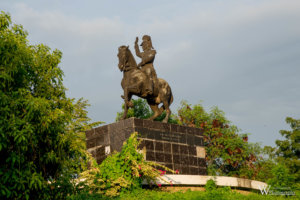 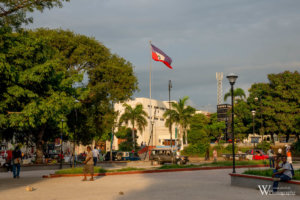 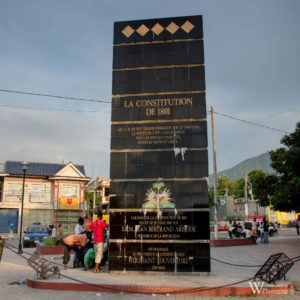 Dominican Republic: - visited October 2013 - It is early afternoon as the ferry from Puerto Rico arrives in Santo…

South America is waiting. I’ve spent the last two years of my life finishing the reconstruction of an old farmhouse.…